A peek into flute history:

One of the oldest known instruments to humankind is the flute. Recently scientist discovered that the flute dates back to almost 42-43,000 years old. At that time it was made from mammoth tusk and bird bones, and the flute had three finger holes. Nevertheless, as time passed, we have seen a number of variations in the flute giving fellow musicians a greater range of tones and scales to play with. The flute remained highly popular throughout European history. With the passage of time the design kept on changing, and the tone holes became smaller and the flute became a three-piece construction rather than one, made up of head joint, body and foot joint.

The entry of modern flute:

The introduction of Muramatsu flutes brought a revolution in the music industry, becoming the favorite flute among many great flutists. The history of modern flute making started in Japan, by Late Koichi Muramatsu, an artisan by profession, but is popularly known as the founder of Muramatsu flutes. His devotion towards music and especially flute making remained alive through Muramatsu flutes. He believed that without knowing the flute, we cannot answer to the demands of each and every flutist.

All Muramatsu flutes come with a professional case, case cover, and a certificate of authenticity signed by the president of Muramatsu- America.

The handmade Muramatsu flutes are generally made up from sterling silver, gold, as well as, platinum. Some of them can be ordered only through special orders. Some of the finest and most demanded Muramatsu flutes are EX Series, GX Series, Handmade DS Series, Handmade SR Series and many more. The EX series comes with a special acoustic plating. The hand-cut solid head joint combined with a silver-plated German silver body allows the player to play it with ease. MXL EX-CCE, MFL EX-RCE, and MFL EX-RBE are the variants of the EX series. The GX Series is a solid flute except for the silver-plated German silver key mechanism. The DS model is the highest quality flute with drawn tone holes. It produces beautiful legato and sharp staccato, which is achieved with high precision technology. The lip plate makes playing easy and allows the flute to respond to a wide range of subtle variations in tone color.

Some of the famous flutists who have been using these flutes are James Galway, Sharon Bezaly to name a few. Thousands of artists worldwide have chosen Muramatsu flutes over other brands. The leadership was passed on to his son Osama Muramatsu, and even today the factory maintains the same excellence in flute making as was being followed. Its tone is mesmerizing. The research department continually seeks to improve the instrument, and their endless efforts are creating the unique Muramatsu. Due to the rigorous effort from the R&D department, has led to the development of the fantastic, accurate Muramatsu scale, acclaimed as the finest.

The increasing demand for Muramatsu flutes has led to the duplicity of design. There are many lookalike flutes available, but they cannot give the tone, feel and finishing of the original one. So, it is always mandatory to look out for authenticity before buying it. 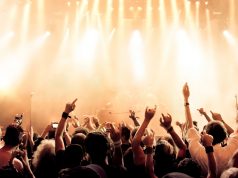 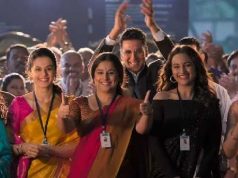 How to Become a Successful Ticket Broker

6 productive Things you can do while watching Television

Best tips for successful calendar print for Movies in 2021