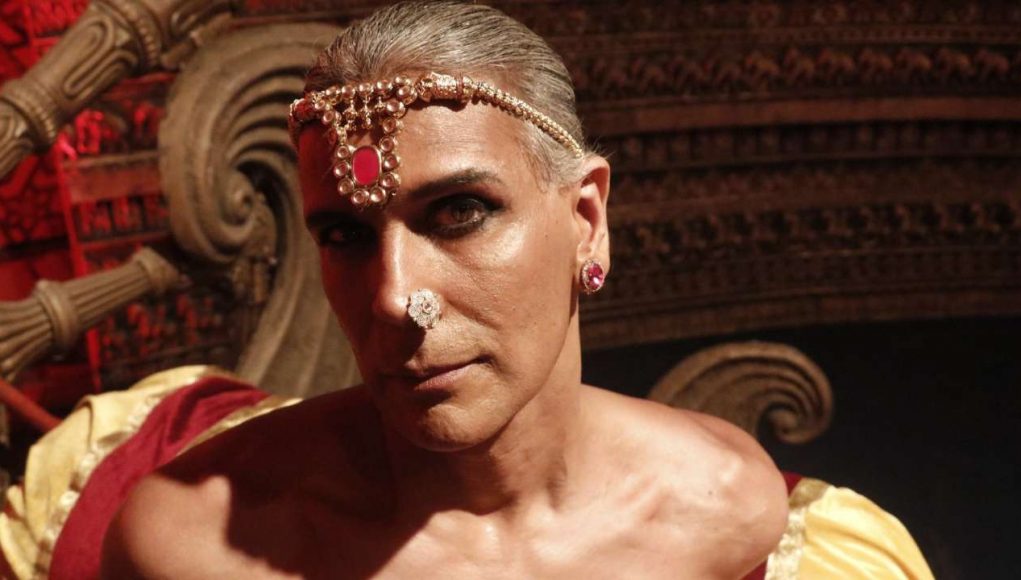 He is a fitness enthusiast. A swimmer. And a popular B-town celebrity who never fails to make headlines wherever he goes. Can you guess who he is? Nahipehchana? Chalo, ekaur hint de detehai. This time around, he is seen essaying a third-gender role on ALTBalaji’s biggest period drama, Paurashpur web series. Arey ye tohvahihaina? Ji haan, here’s presenting to you the hottest model-turned-actor, Milind Soman in Paurashpur in a never-seen-before avatar.

Introducing his character, Boris on Instagram, ALTBalaji captioned, “Boris has faced inequality in the kingdom but that makes him even more determined to change his fate and lead the ultimate revolution. What new struggles will he face as he prepares to fight for his rights in the kingdom?

The actor, Milind Soman took to Instagram to share his role. He wrote that he hasn’t played anything like the character in Paurashpur web series in his entire acting career. He also emphasized how difficult it is for the third gender to exist in a world of injustice. The actor is essaying a pivotal role of a third gender named Boris who is no less than a charming personality with multiple shades of love. And hey, did we also mention that he is quick-witted? Oh, you’ll see!

In the show, Paurashpur, Milind Soman is seen sporting heavy jewellery, gold nose pin, long hair and royal attire. His charming appearance in the show has won him many accolades from the audience, including his wife’s. Just like us, Milind’s wife, Ankita also seems to be floored by his look on the show. Recently, she couldn’t contain her excitement and commented “Ah-may-zing” on one of his pictures from Paurashpur web series.

While Milind’s fans are super-excited to watch him in a new avatar on-screen, the actor himself seems decked up for his new venture with ALTBalaji. Talking about his work in Paurashpur, he said that it is a fascinating character. In fact, it is one of the most interesting and unique roles he will be playing. According to him, it is important for every actor to essay something different every time on-screen. He also said he was initially offered the role of the king. Although the king’s role is interesting and complex, he let it slide as he found Boris’s character quite eccentric.

He further added that when he read about Boris’s character, he instantly knew that it is going to be interesting in all senses. However, there weren’t any developments in the story nor the roles back then. But when he showed an interest to take it up, that’s when things started progressing further. Milind also disclosed that when he asked the makers if he could fill in the shoes of Boris, they agreed immediately without any doubt.

Well, after seeing and hearing the things from the man himself, it is obvious for all of you to get excited to witness Milind’s performance on-screen. The good news is it is almost about time to watch him take the digital world by storm with his killer looks, wit, and charm. KyunkiPaurashpur starring Milind and other actors, such as Shilpa Shinde, Flora Saini, Annu Kapoor, Shaheer Sheikh, Poulomi Das, Sahil Salathia aa rahahai 29th December ko. Purchase an affordable ALTBalaji subscription today to view him on your screen. Hurry!

The best way to make your work commute more fun